We had freedom of the capital, as we partied where we wanted to.

At the front our magic carpets (TM) were endowed with the psychic energy of our mass joyful gathering and repelled those that wished to impeded us, and our way was clear.

A well good time was had, despite some of the police, many brought in from afar, being well nippy, and some certainly should learn to ride properly before bring horses.

But while our comrades are imprisoned none of us are free. So it is good to know that all arrested were released before 9pm.

more a later day (including photos) 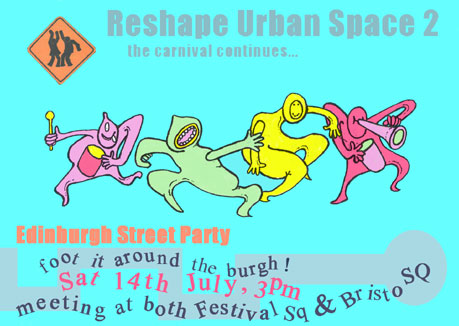